, and is described below. The content of this page is derived directly from the Javadoc Pattern

And yes, it's pretty complicated.

Thankfully, you will probably never need to use any but a few simple regex patterns. For example, to match all wiki pages beginning with "Wiki" (e.g., "~WikiDocumentation", "~WikiEtiquette", "~WikiName", etc.) you would use the regex "Wiki.*"

The precedence of character-class operators is as follows, from highest to lowest:

If UNIX_LINES mode is activated, then the only line terminators recognized are newline characters.

The regular expression . matches any character except a line terminator unless the DOTALL flag is specified.

Capturing groups are numbered by counting their opening parentheses from left to right. In the expression ((A)(B(C))) , for example, there are four such groups:

Capturing groups are so named because, during a match, each subsequence of the input sequence that matches such a group is saved. The captured subsequence may be used later in the expression, via a back reference, and may also be retrieved from the matcher once the match operation is complete.

The captured input associated with a group is always the subsequence that the group most recently matched. If a group is evaluated a second time because of quantification then its previously-captured value, if any, will be retained if the second evaluation fails. Matching the string "aba" against the expression (a(b)?)+, for example, leaves group two set to "b". All captured input is discarded at the beginning of each match.

Groups beginning with (?: are pure, non-capturing groups that do not capture text and do not count towards the group total.

, implementing its second level of support though with a slightly different concrete syntax.

Unicode escape sequences such as \u2014 in Java source code are processed as described in ?3.3

of the Java Language Specification. Such escape sequences are also implemented directly by the regular-expression parser so that Unicode escapes can be used in expressions that are read from files or from the keyboard. Thus the strings "\u2014" and "\\u2014", while not equal, compile into the same pattern, which matches the character with hexadecimal value 0x2014.

Unicode blocks and categories are written with the \p and \P constructs as in Perl. \p{prop} matches if the input has the property prop, while \P{prop&125; does not match if the input has that property. Blocks are specified with the prefix In, as in ~InMongolian. Categories may be specified with the optional prefix Is: Both \p{L} and \p{~IsL} denote the category of Unicode letters. Blocks and categories can be used both inside and outside of a character class.

The supported blocks and categories are those of The Unicode Standard, Version 3.0

. The block names are those defined in Chapter 14 and in the file Blocks-3.txt

of the Unicode Character Database

except that the spaces are removed; "Basic Latin", for example, becomes "~BasicLatin". The category names are those defined in table 4-5 of the Standard (p. 88), both normative and informative. 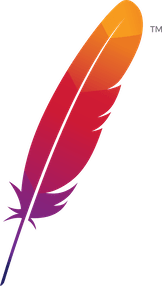